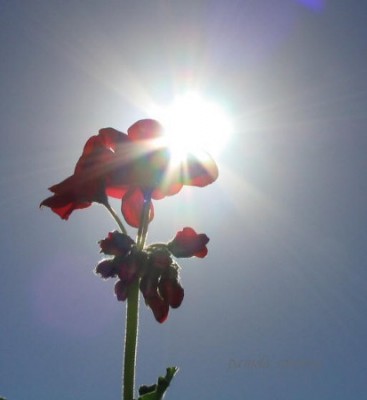 I’ve been mulling over the thought of seasons ending in various stages of bloom.  It was below freezing through the night and this morning and as I look out the windows of my warm home, I see all around, summer is falling to the ground. The trees are losing their leaves, many fewer on the trees today than yesterday… more all over the lawn and field. The roses, hydrangeas and other flowering plants are losing their beauty, ending in various stages of bloom.

The wood burns hot in my woodstove… wood cut from huge trees that still had more life in them, but instead of standing to provide shade, they were cut down to provide heat.  The seasons of those trees came to an end.

The beautiful rosebuds on sturdy bushes remind me there’s still more life in those canes. The tender new hydrangea mopheads amidst hundreds of large, dry flowers affirm life in the woody canes.  In a matter days, these freezing nights will signal an end to this season of blooms and left behind will be brown, dry flowers and leaves on the ground.

A few days ago, our daughter and grandbaby moved to their own home.  Another season ended.  At the end of that day, Proverbs 14.4 came to mind: “Where there are no oxen, the manger is clean…”  That night, as I stood in the empty room, I surveyed the white walls, white curtains, and the bed with no linens, I marveled at the starkness of a season that had come to an end.  It was good for me to see it. This is not meant to be a maudlin commentary, but to just reflect that the busyness of the care and feeding and dressing of babies, the cooing, oohing and aahing, the furniture, the fixtures, toys, the crawling and climbing, the laundry and blankets are the things of a particular season.

I’d never, ever have imagined the season that just passed — that we’d have a granddaughter growing up in our home (albeit, yes, 9 months is a very short while).   The Lord was sure sweet to give us the 9 months on either side of her birth.  I can say that with sincerity and gratitude now.  I’m keenly aware that I had no grasp of what that season of bloom would be like or how it would feel.

Reflecting on seasons that have passed, some in bloom, some far spent, I’m reminded how brief each season actually was.  Hard? Yes. Arduous? Yes.  Thrilling and new? Yes.  Tiring, yet rewarding?  Yes.  Tender and sweet? Yes.  Cold and dreary? Yes.  Sunny and breezy? Yes.  But the interesting thing common to all the seasons that’ve passed?  They’ve all passed in what felt like the midst of them.  By this, I mean, seasons have ended before we thought they would’ve (or should’ve). I’ll bet it’s been the same for you, hasn’t it?

Today, the cold breeze signals change, a season ending in bloom in the midst of the next one in bud.
I stand in the midst of melancholy memories and happy plans for days ahead: anniversaries, weddings, birthdays and family gatherings intermingled with a whole bunch of dailies.

Seasons end in various stages of bloom.
Seasons overlapping seasons. Some still in bloom.  Some will seem to be arduously endless and some will seem to end too soon.  But each will have served its purpose.

To every thing there is a season
and a time to every purpose under heaven…
He hath made everything beautiful in His time…
Ecclesiastes 3.1, 11

One thought on “Seasons End In Various Stages Of Bloom”