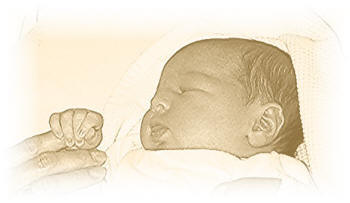 Two births — the birth of a mother, the birth of a child.
Every time I assist a birth I watch and watch and watch for not one, but two miraculous births — first the birth of a mother, that powerful time of dying to herself with a burst of unparalleled bravery and resolve to give every ounce of energy, hope, and strength to that little life in her pain racked body…and then, of course, the emergence of that little baby — that life that’s been at the center of all the hopes, all the tears, all the anticipation, and of all the pain.

For many women, this is a thrilling time — a time of transition from a life that might have been on an entirely opposite path than that of motherhood to a life that anticipates, researches, embraces, and finds new identity in motherhood.  For other women, that time of transition is filled with anxiety, fear, doubt, pain, and isolation.  And, for still others, this time of preparation is a strange mix of the two—the labour and birth—instantly defining their place in life, instantly birthing in them a love they could not even begin to fathom prior to that triumphal moment of birth.  The fears and doubts seem to melt away as they draw their baby to their breast, look with wonder into their eyes and embrace the motherhood that’s just been placed in their arms.

I began writing this journal entry last summer while I was still working as a birth assistant — on call for local home and birth-center births — usually I was assisting perfect strangers — assisting them in their most vulnerable, desperate circumstance, instantly bonding with women of all walks of life.

As I complete this entry today, I’m “on-call” here at home as I await the labour and birth of our daughter’s baby — the birth of another mother ~smile~  and I guess, in a way, I’m awaiting the birth of a grandmother. again.