What’s Hypocrisy Got To Do With Anything? 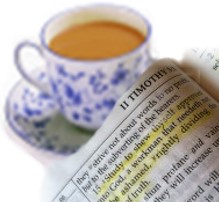 Every day in the news: a new outrage and the unintended consequence, hypocrisy.  Outrage (and hypocrisy) on both sides for or against the cause du jour.  Facebook memes, articles, quotes — all over, we’re seeing the proliferation of outrage over the so-called discrimination against behaviour and gender identity.  For all these, Christians are viewed as hatemongers, intolerant, religious bigots.  All of these events are instructive, we need to be careful we’re not hypocritical in what we say and do.

“And he shall speak great words against the most High, and shall wear out the saints of the most High, and think to change times and laws: and they shall be given into his hand until a time and times and the dividing of time.
Daniel 7.25
By design, the defenders of these new “civil rights” don’t see their hypocrisy–they don’t see their own actions and views as intolerant.  They don’t see their actions as violations of other people’s liberty.  We need to be aware, we need to see that they are being used to slowly wear down the defenders of biblical morality and moral rights.  Their fight isn’t necessarily against individuals, it’s against God (but they don’t really see it that way). It’s against God’s Word.  We’ll be seeing this like never before.   This isn’t a surprise—even though it comes as stunning surprise every time a new unthinkable societal turn is taken—it’s a sign of the times.  I don’t shrug and say this lightly.

In an article in The Stream regarding the collective hypocrisy of Starbucks and Apple, Michael Brown writes of the double standards of both companies: where they will and will not do business, where they do and do not draw a line in regards to “gender identity,” specifically.  He says, “But their selective outrage is sickening and their moral hypocrisy glaring.  And so, when they pull their businesses from countries like China, with all its human rights violations, and Saudi Arabia, with its atrocities carried out in the name of Islam, we can take their indignation seriously. Until then, the louder they protest here in America, the louder they shout their hypocrisy.”

I’m writing to reveal, to remind and to warn (not just you, but myself, too).  To reveal a few “real time” scenarios, to remind that it’s been foretold, and to warn about our collective knee-jerk reactions to what’s going on in the world around us here in the States.   It’s easy to dismiss (or not be involved in) what’s going on in states other than our own, or in other places in the world that don’t have a lot of seeming literal connection to our own lives.  It’s even easy to dismiss what’s going on in cities not too near our own as we reason that we can get along without traveling to or doing business in those cities.

We can have instant reaction against practices of local businesses when we read of a company decision that’s just been made public.  Say, Target, for example, when it opens its ladies rooms to men.  We may have already experienced this unthinkable reality.  We might decide to boycott that store and/or any other store that follows suit.  Until we hear “our______ store” or  “our Target” isn’t like that.  Or, until we forget why we were boycotting them.  We’re going to have to decide how far we’ll take our stands, how far we’ll go in our quest to avoid all evil.

Hast thou faith? have it to thyself before God. Happy is he that condemneth not himself in that thing which he alloweth. And he that doubteth is damned if he eat, because he eateth not of faith: for whatsoever is not of faith is sin.”
Romans 14.22-23
We might also take note a point in Michael Brown’s article.  We may well decide to, in essence, do (outwardly) nothing.  We may decide to silently protest, or to personally “boycott” the stores (or wherever we’re seeing these infringements).  Or, we may decide to write letters, make phone-calls, establish ourselves as sincerely defending the rights of those whose rights are impinged by the store’s new stands.  Or, we may decide to become very vocal, very visible in protest.  In our protests, do we condemn ourselves by what we allow?   Do we condemn ourselves with what we do in one place and don’t do in another?  Aren’t we then just like Apple or Starbucks protesting loudly, and thereby loudly shouting our hypocrisy?