CSA… It Steals and Steels 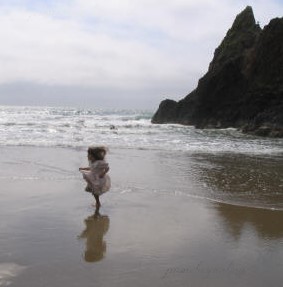 For days my mind’s been flooded with grief and all sorts of other CSA  emotions I’ve been trying to stifle. (I wrote this a week ago; gripped with the reality that sexualabuse steals and steels.  Today I wondered if I wrote it as another of many, many entries I would write and never publish.  But I’ll publish this today with the prayer that grown up little girls might be helped, encouraged and comforted — not alone, not wrecked, not forever bad or without hope.)

[trigger warning] Hot tears flooded my eyes as I read a letter describing the discovery of sexualabuse that would lead to the destruction of a family, a home, and many individual lives.  The truth is that already bits of little lives have been forever altered, forever raw, forever lost, forever attempting to get and/or understand a correct picture of what God designed and intended for each little life.

Child sexualabuse steals and steels.  Decades later, I see this grim reality. Decades later, I’m still occasionally gripped with the sneak attacks of fear, horror, anger, deception, and disgust that stem from my childhood experiences.   Instantly, brought to mind, is a childhood memory of being at the circus and watching the clowns spinning plates on slender poles, spinning and spinning until one or two of them teetered on the pole and then crashed to the ground.  That’s what the memories of sexualabuse is like.  Sudden gripping memories… like a bunch of plates crashing on the ground, glass flying everywhere.  Or like steel reinforced concrete twisting and crumbling in an earthquake.

Getting sex right — getting the whole concept, the whole plan, purpose, and benefit straight is probably one of the hardest realities for little girls in women’s bodies.  The strange and complex reality is that for little girls, the pattern of the beautiful design, being forever mangled or stolen, becomes an elusive quest to recapture, rebuild, and relearn to relate with clean and pure physical and emotional reactions in a manner God intended.  How merciful God has been to give me the husband He has and to work in my heart and mind to trust and love as He has — this causes me to ever more fervently pray for women and little girls to be cared for, listened to, protected and encouraged.

Every now and then, the steel reinforced concrete emotional protective constructs crumble. They crumble with real, raw love, they crumble with seemingly out of nowhere sights, smells, sounds… and they crumble with current stories of little girls experiencing these or similar destructioCSAns — causing old fears to resurface and feel raw and crumble all over again.  And because of the stealing of true, natural, physical love… the coping mechanism of re-steeling emotions is triggered.

Two of the most powerful natural emotions, true love and raw fear have such an incredible impact. I think the reality of this is what prevents grown up little girls to allow or give place to either one.

For a little girl who’s been abused, the natural reactions are so twisted with fear and shame, that it’s hard to differentiate between what’s beautiful and what’s totally scary.  Breathtakingly beautiful. Creepy scary.  Love gets redefined in the mind of an abused little girl.  Instead of sex being a physical demonstration of loving acceptance, joyful pleasure, and romantic connection, in the mind of a sexually abused girl, it’s often a necessary act of obedience in a box of secrecy and heart pounding fear.  That totally twisted view becomes as much a part of that little girl as all her other abilities and expressions.  Everything’s tainted to one degree or another by that destructive abuse — ever reinforcing a wrong physical and emotional response to expressions of true love and true adoration from men.  Problem is, coping mechanisms mask the real hearts and minds of broken little girls — little girls with  skewed emotional understanding, inaccurate pictures of love and what pure love and behaviour really is learn to steel their emotions and to develop coping skills to deal with what’s now reality to them.  Real love almost hurts too much because it is so beautiful, so sweet, so wonderful.

That’s what I’ve come to understand as I survey my emotional responses through the years and that’s why I can, by experience, say that  CSA steals and steels.

The good little girl obediently fulfills her daddy’s requests, and she keeps it all quiet so that no one gets hurt, and to make sure everyone is happy.”
Limited by age related emotional language, a little girl wants everyone to be happy. In her egocentric understanding of herself and the family, her behaviour has an adverse (or positive) effect on everyone.  And if that activity (sexualabuse) might make someone unhappy or hurt, then the little girl is groomed to behave as though it didn’t happen.  Especially when the perpetrator says, remember, this didn’t happen.

And because of this, I lean into the Lord, I trust Him for His perfect will and thank Him for loving me so much that He would allow me to go through trials that I would be able to empathize with and point others to Him; that I would love others who go through trials of many sorts and I would be enabled to say, He does all things well.  I have experienced His mercy and know with certainty that His lovingkindness is real and that He alone is worthy of praise.  He will lift up the brokenhearted and He will be their peace and in Him is the victory.  Jesus said, come unto Me all you who are heavy laden and I will give you rest.  And isn’t that just what we long for? Rest?  Jesus  paid the price for sin and death–separation from God; He died and rose again that we might be set free — that we might rest in Him.  He died that we could live—because He lives—we can live.

2 thoughts on “CSA… It Steals and Steels”