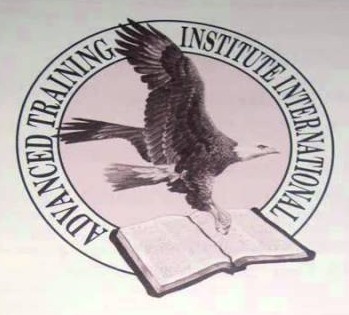 Another IBLP/ATI article has surfaced… and brings to mind so many memories tonight. As many of you know, for several years, beginning in the late eighties, our family was involved in attending and subscribing to the Institute in Basic Life Principles and then for a few years with the home school program, ATI – the Advanced Training Institute.  It is very easy to distance ourselves from both IBLP & ATI today — but there was a time in the early days, it  would have been unthinkable  (I’ve written about this a number of times as referenced below).  It would have been unthinkable to question the material, motives and authorities in ATI.  I think that’s probably the case for other former IBLP/ATI families, by the way.  Even though, from time to time, a couple of other families we knew would talk over some ATI issues or problematic areas.

ATI was a time of eager desire, a time of striving, a time of sincere effort to be and do all we could possibly do to be a godly family, to be wise parents raising up a generation of bright and cheerful, obedient and attentive, grateful and radiant children.  We really did buy into giving the world a new approach to life!  It looked so good, sounded so good, felt so good, seemed so good. We sincerely strove for excellence in all we did. But then at some point we began to see error — error in ourselves, error in the material, error in the messages and conflict with what the Bible was actually saying vs. what the Institute was sending.  Then blatant error. We couldn’t reconcile what we knew to be true and what the Institute was teaching. Then gross error.  We couldn’t continue excusing and ignoring the errors.  We began to see the legalism (even though we were emphatically told that what we were doing and being taught was not legalism).  We couldn’t overlook the works based faith and the utter lack of Biblical grace.  We could no longer accept a counterfeit to genuine faith and genuine waiting on the Lord.

What initially seemed to be such a sound homeschool curriculum was actually a series of booklets laced with error.  There sincerely was much good — very much good — but the errors persisted. We began to see the Bible misused or misapplied.  And the gift of God’s inspired Word to us was being used by the Institute as its source of lifted and twisted scriptures neatly worded and arranged to instill and fit into a neat package: a new approach to life — which was actually a systematic indoctrination and conformity to the Institute.  IBLP & ATI were initially Scripturally sound —no, wait— they seemed to be Scripturally sound.  But it wasn’t.  And, in the end, the indoctrination of IBLP & ATI took years to untangle, years to sort out and years to unlearn.  By the grace of God, we walk by faith.

…in a Mother’s Meeting in Tennessee and I would hear a phrase  that would come to have incredible significance to me.   One of the mothers commented to another:  Well, you don’t have to be so blue and white about it!  I let that sink down in my ears.  Tucked it away for some future day… and when that day came, I understood.  I totally understood.”

…Errors ought to raise red flags.

They have with me… and if you/your family was involved in the program, probably with you, too.  It may seem a moot point to bring all this up, now, but actually, I’ve shared much of this in the past and stuff keeps resurfacing.  And then there’s this strange unspoken cardinal rule that one doesn’t question the Institute or Mr. G.  (Yep, and that oughtta be a red flag for ya!)

From Unpacking The ATI / IBLP Baggage

…it’s my hope that the unpacking of some of the ATI / IBLP baggage will be a freeing experience — that it will be an encouragement to other women to be done with wondering if you’re doing the Christian walk right enough  or — if you’re in, or formerly in, ATI: whether you’re good enough, charitable enough, hard-working enough, orderly enough, diligent enough, attentive enough, thorough enough, bright eyed enough, smiling enough, industrious enough,  virtuous enough, resourceful enough, wise enough… or any other enough of the 49 character qualities.   I’m not mocking character qualities — seriously, I’m not — but if the source of character is anything or anyone  but the Lord Jesus, then it’s just flesh.  It is walking/operating in the flesh.  It’s just like what Eve did… it’s wanting to make self wise and using personal resources and personally determined logic…”

In 1991 we enrolled in the Advanced Training Institute.  I say with all sincerity, it really did seem like the best  thing for our family as we were already homeschooling our children and we really wanted them to have a full-well-rounded Christian education. At home.  I see now how easy that program was to get lured into desiring.  We’d already been receiving much training through the seminars and materials and so it seemed the likely next step. As we saw the ATI materials and the bright, smiling faces — who wouldn’t want that for their family?!?  I sincerely thought they were all h.a.p.p.y.  And I wanted to our children to be well educated, smiling, grounded and h.a.p.p.y. like that.  I know, I know, some of you are, at this point, taking a break to throw up in a bucket.  Sorry if your keyboard is a mess.  But I guess I just want you to understand — or, really, I just want to recall to mind what really was going on at the time.  And subsequently.”

Over the years I’ve reflected many times on things I regret doing or not doing because of what was going on in those years.  And as for the ATI/IBLP? I’ve had to stop recounting stuff to our children and even to myself for the most part bcz it all really doesn’t serve much of a purpose and defeats the strides we’ve made through the years.  It also digs up stuff that’s long been forgiven or long been settled and we’ve sure settled a lot!  Besides, if the Lord’s covered it, why do we go and dig it all up and rehash it again?  As sincere as we were, we’ve had to just settle it that we were sincerely wrong about a lot of things.  And hopefully all the wiser for it.

One thought on “Sincerely wrong. The IBLP-ATI Years.”