I wanted to go back and grab a couple of entries….  I’m linking back to these to show just how far society has gone in just a very short time.  In light of one of Voddie Baucham’s keynotes at the Christian Heritage Homeschool Conference this past weekend: ‘ Gay is NOT the new Black ,’ I’ve decided to repost a couple of things I originally posted in my blog in 2006. My desire is not to be sensational, alarmist or divisive, but to encourage very wise and careful thought and examination regarding the avalanche of lies, myths and social/societal manipulation.  And, truly, it is going on.  And, further, the church is being duped into following right along swallowing and promoting lies regarding this volatile issue.  Let us be in the Word and on our knees.

Another slicing of a lie

Remember: repeat a lie often enough, and people will begin to permit it to be common and then begin to accept it as truth.  Such is the case with the so-called “homosexual movement.”  This, from Worldnet Daily: “A leading homosexual activist group is blaming a deranged teenager’s violent rampage through a “gay” bar in Massachusetts on “hatred and loathing” fueled by Christian groups and leaders such as James Dobson.”  And then, the article went on to describe the individual responsible for the attack.  In addition to the mean-spirited and unfounded attack on Christian individuals and groups, there was a description of items found in the home of the attacker.  There was no mention finding a Bible, or a Focus on the Family Magazine or anything else remotely “Christian.” So, why the slander against Christians for the atrocious behaviour of that individual?  I’ll tell you why… contrary to the claim by Matt Foreman of the National Gay and Lesbian Task Force, that  “The hatred and loathing fueling this… vicious attack on gay men in New Bedford is not innate, it is learned… And who is teaching it? Leaders of the so-called Christian right, that’s who. Individuals like James Dobson of Focus on the Family, the Family Research Council’s Tony Perkins, the Rev. Pat Robertson and their ilk are obsessed with homosexuality.” Do you see the conditioning?  Do you see the dialectic praxis?  The rant that “their ilk are obsessed with homosexuality.”

What a lie and that lie is gaining momentum day by day.  The truth is not that Christians are obsessed with homosexuality, but rather that people who commit homosexual acts are obsessed with homosexuality! Christians simply present a dilemma to those who promote homosexuality and the dilemma is that there is a war in the conscience of those who choose acts that are in conflict with God’s moral laws.  And to combat the conflict or to deaden it, they must necessarily lash out at those who reflect God’s design—they have to hate Christians because Christians represent the very One they cannot deny—but they must deny God in order to continue on the immoral path they travel.  Bullies always throw stones, they always attempt to discredit those they seek to intimidate so that they can continue garnering support even through intimidation in an attempt to validate themselves and their plan and then to saturate it with victimization or the emotionally laced oppression intensifies the effect of the protest and the charge .   That young man with his swastika tattoo and with the “Neo-Nazi” and white supremacist materials in his home is no representative of Christians.   And they know it.  Clever and sly—they know it.  That was just a bit of harassment aimed at further demonizing and marginalizing Christians and ultimately attacking the Creator—the One they must face

Seems that in Florida, according to this article, because of the number of incidents and the resulting problems, Sheriff’s deputies who get caught cheating on their spouses or sleeping with another person’s spouse in Pinellas County, Fla., will be suspended from work for the behavior.”  I couldn’t agree more that there ought to be consequences.  In fact, I’m wondering if there’d be a dramatic decrease in the number of cases of adultery if they were suspended…   from freeway overpasses. [note: just imagine… adulterers suspended from overpasses would serve as a deterrent.  This was not intended to be mean-spirited] 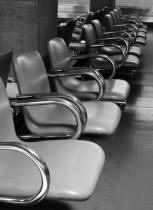 I’ve had lots of time to read magazines in waiting rooms lately and decided I’ve been there too often when the same issues of magazines are still on the tables or in the magazine racks.  So, yesterday I was glad to have David Kupelian’s book The Marketing of Evil with me.  I wish I could properly convey the absolutely incredible value of this book as it is truly a “must read” book.  Really!  Order it and read the book!!   Even reading the first pages of the book will refute the lies and expose the gross manipulation that permeates society.  The book is well written, well documented and will, no doubt, forever change the way things are perceived.  The exposing of lies, the uncovering of a cleverly orchestrated agenda, and the explanations for countless atrocities, trends and beliefs will leave readers contemplating for hours the incredible influence of media to perpetrate evil.  But the trickiest part is that the evil is accepted as light and truth; the lies are cleverly designed to appeal to your mind and emotions and convince you of truth—but it’s not truth at all.  What I am saying probably sounds like some unfounded, garbled conspiracy theory, but as I stated a moment ago, this book is no conspiracy—but it certainly does expose the agenda of those who hate God, those who hate good and Truth, those who seek to cover their own consciences by assaulting those who expose them. Taking a stand against things that are accepted by many people is a sometimes risky thing to do—risky if one is concerned about personal status or if one is concerned about offending critics.  I’m not concerned about them.  I *am* concerned if I offend a brother (or sister) in the LORD—for I know first hand that “A brother offended is harder to be won than a strong city: and their contentions are like the bars of a castle.” (Proverbs 18.19)