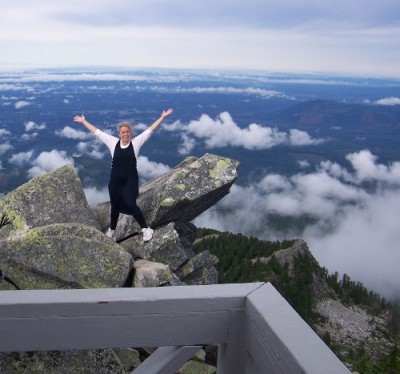 It seems I’m continually working on talks and I started thinking back on the last year or so and I can only marvel at the work of the LORD.  It is bay the grace of God that I can do the meetings or give the talks at Titus 2 meetings or retreats or whatever.  It is because God never wastes a thread that I am able to piece together some significant and insignificant events and fit them with Truths of God’s Word and other events in life and convey messages that, hopefully and prayerfully, help other women.

For some time now I have had the honour of teaching at a monthly Titus2 meeting of women.  I say “God never wastes a thread…” quite often.  Though, quite often, I don’t see the threads the LORD is using in a particular situation.  But over the last year I saw a thread in the preparation of different talks and the ‘co-incident’ of my cousin writing me to ask if I might help her find another cousin – her half-brother.

A co-incident, to me over the years, is one of those times where the horizontal meets the Vertical.  An incident where God meets us where we’re at in order that His purposes will be revealed and accomplished.  In talks, I use a lot of hand gesturing and when I refer to co-incidents I don’t say coincidence, I say: Co-incidents and I gesture with my arms out flat and then move them to form a vertical motion.

Well, truly God never wastes a thread… here I have been thinking, studying, talking about and writing about reconciliation — that greatest Co-incident in all of life – that Co-incident of the Cross — the horizontal meeting the Vertical – the greatest event a person will ever experience on this side of heaven is meeting Jesus at the foot of the Cross and receiving the gift of reconciliation to God in salvation by grace through faith in Jesus Christ.  And then I had all those opportunities to teach and then that phone call which led to a series of letters and phone calls.

The thread I never really saw until recently was that God had allowed many experiences that I talked over with both of those cousins in different conversations and I realized that the very things that have caused me greatest pain, fear, weakness and doubt have been carefully allowed, mended and woven together by God and have been part of the foundation of faith and have given me both empathy and compassion for others and have deepened my message.  Had God not been guiding me and reforming me I would be so lost today.

All of this was made a bit clearer to me in talking with my cousin — and I only have a few! — whom I’ve never seen or talked to for over 40 years.  It was unbelievably easy to talk with him.  In talking to him about the suicide death of his father, I realized that one of his greatest trials in life and one of my greatest trials in life happened at the same time.  I realized God was revealing a thread.  I told him that as we were talking… I shared that during that month in August of 1970 we both entered an intersection of life and both experienced a collision  — actually, totally unrelated collisions – but both happened that month.    We talked long and the conversation was flowed with ease.  I was amazed.  I think he was, too.  A lot more became clear and was reconciled — not just family but lots of questions, too.

I don’t often actually talk about those collisions — his or mine.  I think he said he rarely talks about his.  But here’s another twist of that thread… ironic as it is: he’s a therapist and works at a hospital with patients dealing with mental disorders and suicide.  Isn’t that interesting?

And mine?  Over the years, bcz I’ve had opportunity to teach studies and speak at retreats, I’ve occasionally shared this part of my life story… it’s given me opportunity to give hope and encouragement to women who are hurting.  I’ve talked and prayed with many women who were/are dealing with post trauma of childhoodsexual abuse — women who experienced the death of innocence and security as little girls. The know I understand and are looking for someone to trust — someone to listen.

So, why is this on my list of 30 favourite things from my fiftieth year?  Simple.  God mercifully showed me a glimpse of a thread He’s faithfully holding.