My first thought was: I did it!  I did something I had been wanting to do – something I had planned to do ten years ago – but ten years ago I had a new baby, I had a new daughter in law and lots of other things going on.  But I still had this goal – this “thing to do!” in my life.  Now, for many, this wasn’t that momentous a goal – it wasn’t something of a ‘big deal’ to them and, over the years, some have laughed when I shared this goal of mine.  I don’t know if it was bcz they saw me a I am now? Or as they think I am now or what?  I don’t know.  They didn’t know me when I was younger… didn’t know I loved to tap dance, I loved trampoline and tennis and swimming, I was cheerleader, I taught preschool, I was a cook… and on and on.  So, lots of my life in the last thirty years has been defined, in large measure, by what I used to be.

I used to do a lot of things and so, I guess that’s why I have been taking a hard look at my “bucket list” over the last few years.  Instead of a new list — a list of stuff I hope to accomplish before I die, I’ve sort of been considering all the stuff I’ve done and then have been thinking: well, okay… so all that happened; what do I want to be sure and do, see or say in my lifetime.  Well, one of those things was this goal… this goal to climb Mt. Pilchuck.  I know I’m not talking about a big deal for many – but for me it was a big deal – a big deal bcz I didn’t even know what it actually entailed, it just looked hard.  I look out my livingroom window and see this mountain – and from here, seeing that  5324′ peak has been such an amazing site – and I have often thought: I’m going to climb up there. 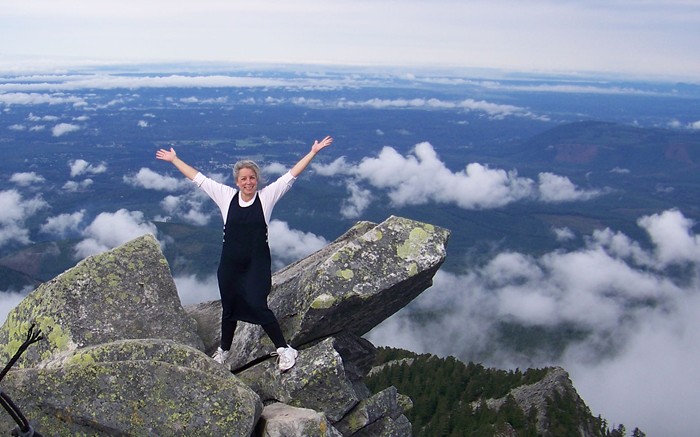 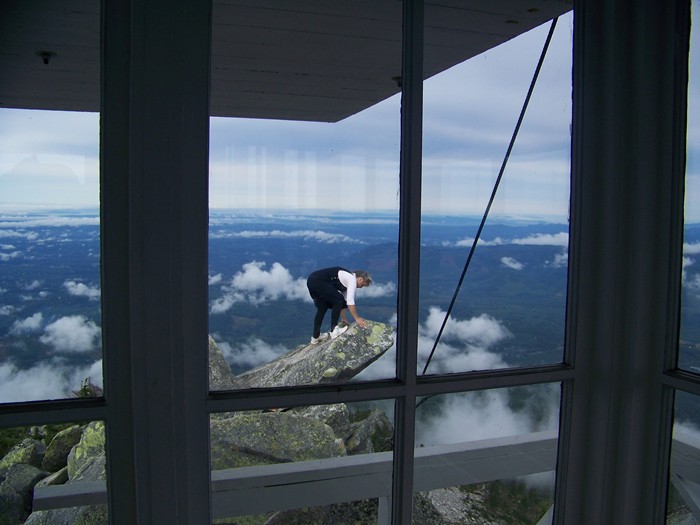 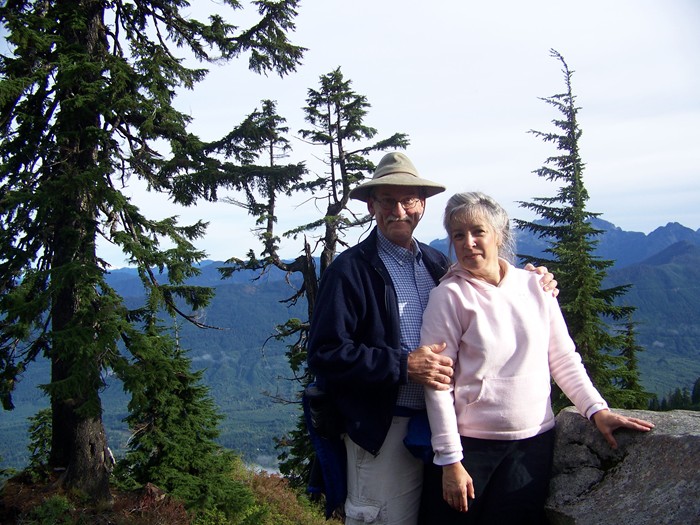 on our way back down the mountain

Here’s a photo of Mt. Pilchuck from a distance.