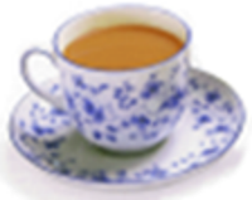 Your sphere of influence is broader than your sphere of acquaintance… have you ever stopped to think about that?

Maybe you have never given much personal thought to the influence of your own life; maybe you think your mundane life, your seemingly menial work, doesn’t have much impact around you. But your daily walk, the investments you make in your home, family, prayer, work, church, etc., etc., are likely having a much greater impact than you can possibly imagine.

We never know who is watching us—who will be affected by our actions—who will be influenced by our decisions, our faith, our experiences. You may think your life is insignificant by comparison to the lives and lifestyles of others you know. But, God. But God who is rich in mercy toward us sees a different view, for you do not know the depth of the impact you are making on those in your sphere of influence—for it is broader than your sphere of acquaintance.

Do you think King David realized at the time his sphere of influence when he made the decisions he did? I really don’t think he did… but what did he realize? He realized that his times were in the Hand of the LORD—he walked with God and his heart was for God. Did his actions always appear to be so? By no means… in fact, many times, his actions appeared to be completely contrary to the will and ways of God—yet The Word says in Hebrews 13 that he was a man after God’s own heart and yet, it is unlikely that some of his acquaintances would have thought so! But through his life, we see his sphere of influence was beyond remarkable!

Hebrews 13.21-23 “And afterward they [Children of Israel] desired a king: and God gave unto them Saul the son of Cis, a man of the tribe of Benjamin, by the space of forty years. And when he had removed him, he raised up unto them David to be their king; to whom also he gave testimony, and said, I have found David the son of Jesse, a man after mine own heart, which shall fulfill all my will. Of this man’s seed hath God according to his promise raised unto Israel a Saviour, Jesus:”

King David’s life and his writings influence us even to this day: he was used of God to demonstrate His mercy, His forgiveness, His love. It is because of David’s failings and shortcomings and the resulting faith that many of us are encouraged to press on, to climb the heights and to seek the Face of our LORD. O, how great is his influence! His acquaintances saw a shepherd boy and God saw a King whose sphere of influence was broader than his sphere of acquaintance.

What of your life? Do you see? Do you realize young wife, that your influence over the condition and direction of your home is great? And mother of young children, your influence over the course and behavior of those children is tremendous? And mother of teenagers, whether it appears like it or not, your influence is deeply affecting the decisions they will make through the course of their lives? And grandmother of little ones… your influence is keenly felt by your children and grandchildren? You see, it really doesn’t matter who you are or where you are, your sphere of influence is broader than your sphere of acquaintance… and it is in both cases, much more intense and far reaching than you may realize.

Last night I was talking with some old friends I hadn’t spent time with in years. It was incredible, though, the passage of time had little effect on the conversation nor the familiarity we all felt. It was as if the passage of time hadn’t existed and we talked as though we had talked every day. Neither of us realized that we had made such a tremendous impact on one another’s lives, but it was evident by conversation that we really had. And now, we sat sharing stories that were at once familiar and yet much time had passed since our last visit. During our conversation, things were mentioned about our oldest children and how much influence she had had on them as youngsters and how some of the things they do today in their own home are things they learned many years ago from this friend… little did she know that her influence would carry this far and still be in motion today.

I was visiting another friend last year and she shared that fifteen years previous to that time, her sister had talked about fearing having children and shared that I had answered her that God would take care of them, that He would guide and direct… and other things that I don’t recall… but you know, apparently, even now she tells of the influence of those conversations… conversations I really took very lightly–conversations that come so easily to me. O, our sphere of influence is broader than our sphere of acquaintance.

Some of my favourite reading comes from works that are hundreds of years old… you see? The sphere of influence is broader than the sphere of acquaintance. God used these men to write His truths and to testify of His marvelous greatness which are still being read and applied and blessed even hundreds of years since they were written and the authors went on to their reward. They likely never knew the tremendous impact they would have even yet today. Yet, in obedience to the call on their lives, they wrote of timeless truths and enduring love. Their focus was on the eternal, not the temporal and the far reaching effects still touch lives today— their sphere of influence was far broader than their sphere of acquaintance.

The lonely, lost world is looking for answers to the dilemmas of the day, to the emptiness of routines, and to the dryness of daily living. Jesus is that Well of Living Water for which they are thirsting. You have a cup in your hand… will you ask the LORD to fill it and will you offer it today? I pray you will… for your sphere of influence is broader than your sphere of acquaintance.

Songs in the Night

The Eternal God is thy Refuge